Why do you use liquid xenon to search for dark matter? 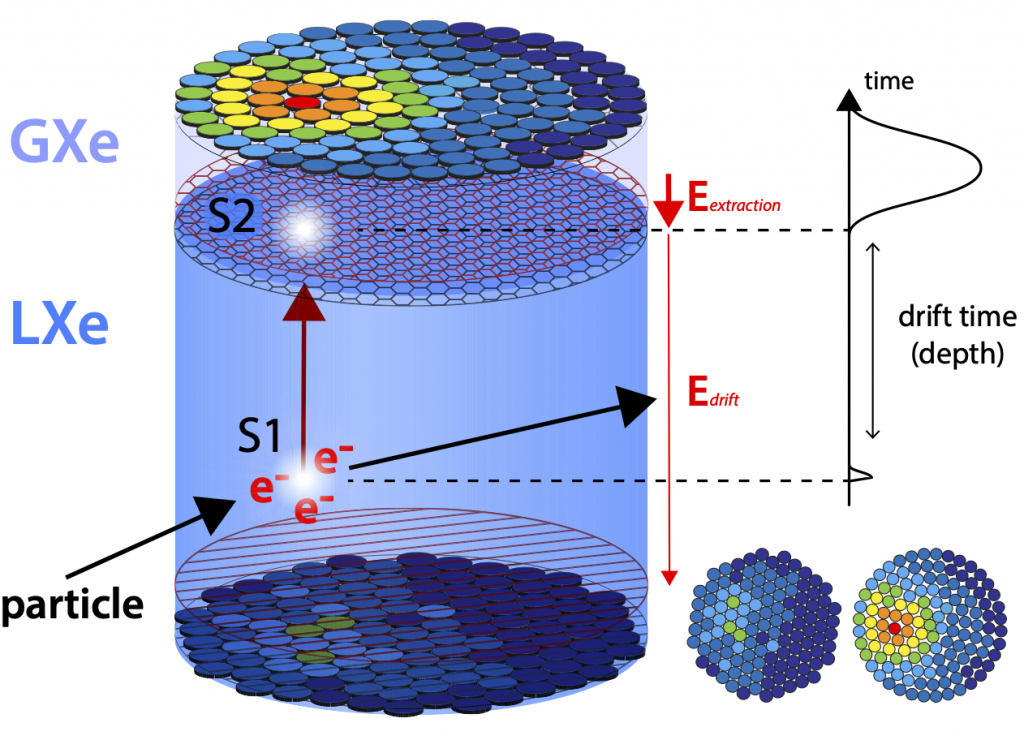 First, the material used for dark matter detection must be very clean (no radioactive contamination) because the event rate from dark matter is very low (<10 event/ton/year from the most recent experimental constraints of XENON1T). Any radioactivity in the target material will become harmful background. Xenon is one of the pure noble elements that do not have intrinsic radioactivity. Germanium can also be made very pure. Argon is a little bit more difficult due to isotope Ar-39, produced by cosmic ray interaction on natural argon. Ar-39 presents in natural argon at a level of 1 Bq/kg (1 beta decay per second for every kg of natural argon). Underground argon which is low in Ar-39 activity is being used as the dark matter search target for the DarkSide experiment. Xenon does contain other trace amount of radioactivity such as Kr-85 but experimental techniques have been developed to reduce it to a very low level that will not affect the dark matter search.

Second, even without intrinsic radioactivity, there are radiations from materials surrounding the target used to construct the experiment. These radiations, typically gamma rays (sometime neutrons and alpha particles) shall be identified or suppressed so dark matter signals can show up. The two-phase xenon time projection chamber utilizes the scintillation and ionization signals produced by each event to tell the difference of gamma/beta, and neutron/WIMP events. Multiple scattering events, which are not possible from WIMPs, can also be identified. Other techniques, such as the cryogenic bolometer experiment SuperCDMS, can reject significantly the gamma/beta background. Liquid argon can use its scintillation pulse shape to reject gamma/beta background.

Third, there are perspectives on cost and engineering challenges. Because of the rare interactions of dark matter with ordinary matter, a target of more than one ton  is required if we want to capture a few WIMP events per year. Xenon is not a cheap material and condensing it in liquid requires cryogenic operation. But ton-scale detector (XENON1T) has been realized already and three new experiments (XENONnT, PandaX, LZ), using 5-10 tons of liquid xenon, will start to operate soon. Liquid argon is another target that can be realized in a large target, as demonstrated by the DEAP-3600 detector and will be further pursued in the DarkSide-20k experiment.  The bubble chamber technique experiment PICO is preparing a detector with 500-kg target. Experiments will gain sensitivity with large-mass target if the background in the target can be reduced at the same time.

Why these experiments are located at deep underground? 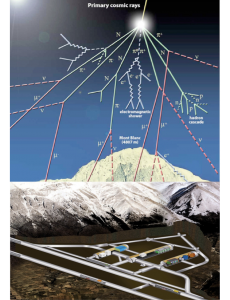 An illustration of the Gran Sasso Underground Lab beneath a mountain in central Italy.

There are cosmic rays from the sky. At the surface (sea level), the cosmic ray muon flux is about 10,000 per square meter per minute. If one wants to detect dark matter at rate of a few events per year, the muon and its induced radioactivity have to be reduced dramatically. That’s why almost all sensitive dark matter direct detection experiments are located at deep underground (the deeper the better). The muon flux at Italy’s Gran Sasso Underground Lab is about 1 muon per square meter per hour. The flux at the Sanford Underground Research Facility in the US is about a factor of 5 lower compared to Gran Sasso. Canada’s SNOLab and China’s Jinping underground lab are the deepest underground labs in the world with muon flux reduced to about 1 muon per square meter per week. Even this rate is still higher than the expected WIMP event rate. Thus further shielding is required for the underground experiment to reduce the muon induced background and the background from the underground lab itself (such as from the radioactivity of rocks).

Iconic One Theme | Powered by Wordpress